On 23rd July 2017 we created a Mural in Dundalk, just off Park street, under the guidance of our Ominous Omin. A great day. The photos speak for themselves. 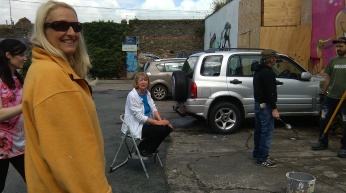 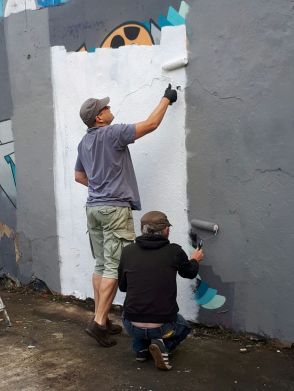 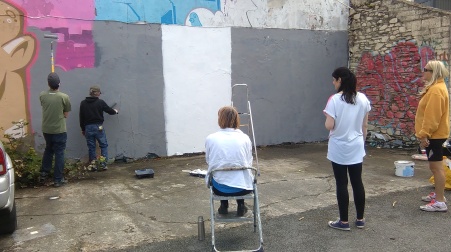 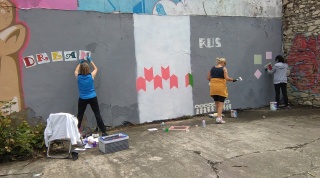 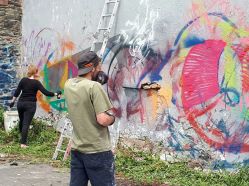 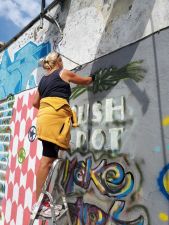 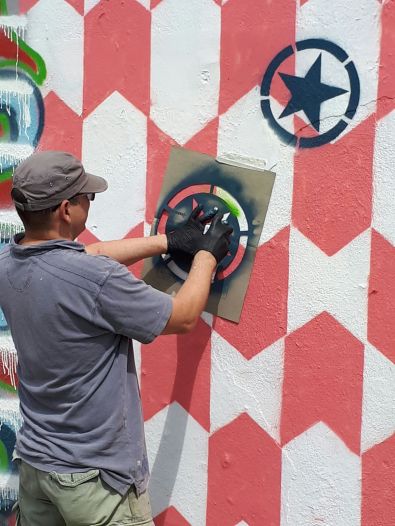 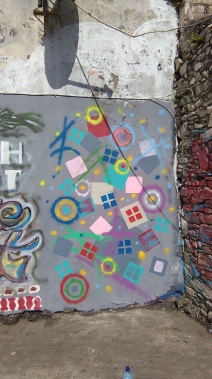 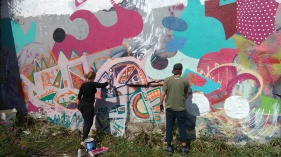 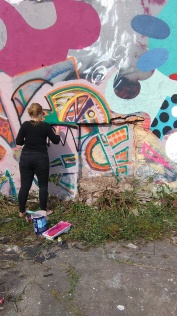 At the beginning of September 2016 more than a dozen local art practitioners and/or interested followed an open call to meet at Creative Spark to discuss possibilities of creating some sort of local platform encouraging Art as Exchange, both between local practitioners and with the wider public. Some more, who couldn’t come, declared their interest, some others joined later. Some also left, after moving elsewhere.

A key motive behind this, was the desire to establish a culture emphasizing art as communication or communication through art, which was found lacking locally. It should be an alternative or addition to art as “the production of things, to be shown and/or sold”, often in isolation. It should suggest and facilitate the production and exchange of art as something in which many can have a stake, skilled or unskilled, understanding themselves as artists or not.

Anything from just providing a regular opportunity for practitioners or interested to simply meet up and socialise, exchange experiences and ideas, to try and work together and if possible find ways of engaging the public, would have been seen as a success.

As it turned out, we quite quickly established a format of bi-weekly “gatherings”, many of which have been hands-on sessions (communal drawing, screen printing, lino-printing, sketches for installation proposals etc.), but we also worked out a Manifesto, documented what we did and now set up a web site in the wake of approaching first public engagement in the form of a postcard art project.

We try to maintain an open format, allowing members to fluctuate and join in as they see fit, while at the same time maintaining an ongoing process, communicating via mailing lists and WhatsApp.

Facilitated and Supported by